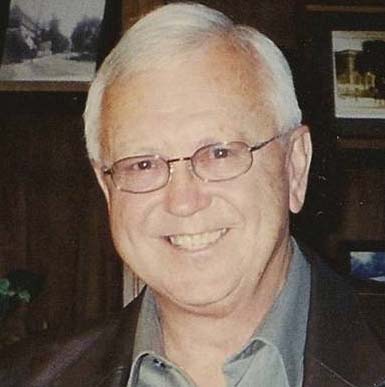 Upon graduation from High School, he served in the US. Navy receiving an Honorable Discharge in 1961. Following his tour of duty in the Navy Bob worked at a home appliance and propane gas business in Junction City, and Abilene, Kansas. In 1965 he entered Kansas State University, Manhattan, Kansas and received the B.S. degree in fisheries management in June 1969.

In June 1969, Bob began his fisheries career with the Indiana Department of Natural Resources, Division of Fish and Wildlife. While with the State of Indiana, he was the District Biologist in charge of fisheries management work in southwestern Indiana.  He was also supervisor of several warm-water fish hatcheries in his district. Job responsibilities included production, harvest, and distribution of fingerling fish from the hatcheries, lake and stream surveys, analysis of physical, chemical and biological characteristics of these habitats with preparation of management programs as appropriate for the resource.  Projects included standard fisheries surveys and reports on various lakes, pre-impoundment investigations and watershed eradications for new and renovated reservoirs, investigations of fish kills, aquatic vegetation management, parasite and disease control in fish hatcheries, and experimental fish stocking programs including introduction of exotic fish species.

Bob was employed by Aquatic Control, Inc. Seymour, IN in June 1971 as Supervisor of the Environmental Management Division of the company. In this capacity he supervised and conducted fish and limnological surveys on lakes, fish population management, fish rearing and stocking, lake aeration systems, aquatic vegetation management and habitat improvement projects. He supervised the planning, design, construction, and initial operation of the Company’s warm water fish hatchery and rearing facility.

During the period 1971-1975, Bob served as Project Manager and Field Supervisor on several Environmental Research projects in South Carolina, North Carolina, Wisconsin, Indiana, and Illinois. These projects included baseline biota studies for proposed surface mining projects, evaluation of proposed reservoirs, fish and limnological surveys on rivers and lakes for proposed sites of nuclear power plants, as well as designing fish stocking and management programs for cooling reservoirs.  He has presented papers on lake management and aquatic vegetation management at Conferences throughout the Midwest including the Indiana Chapter AFS, Midwest Aquatic Plant Management Society, Ohio Turfgrass Conference, and many local organizations and lake management workshops throughout the Midwest.

Bob was appointed to the Board of Directors of Aquatic Control Inc in 1971. He served as director until 1976 when he was elected Secretary-Treasurer of the Corporation. In 1976 he was also appointed General Manager of the Company. He served in that position until 1986 when he was elected President which is the position he maintained through November 2000.  Bob served as Vice President of Sales for the Company and Senior Advisor until he retired April 12, 2003.

In 2003, Bob purchased Aquatic Systems LLC.  This company provides consulting services to lake and pond owners as well as a source of lake management products and supplies for use in their lake management activities.  The consulting portion of the business was expanded to include providing consulting services to corporations who manufacture and market aquatic herbicide and algaecide products.  In this area of the business Bob provided services to Syngenta Corporation in field testing and product development of enhanced application techniques and product formulations.  He also provided services to SePRO Corporation including serving as their Midwest Aquatic Specialist as well as being involved in many field projects evaluating new product efficacy and developing innovative application techniques.

Bob was a Certified Fisheries Scientist (#1101), a life member of the American Fisheries Society (AFS), a member of the Fisheries Management Section AFS, and a Charter member and past president of the Indiana Chapter AFS. Johnson was a key figure in the organization of the Midwest Aquatic Plant Management Society Inc. in 1980. He served as a founding member, the Charter President and was re-elected president in 1982. He served that Society as Secretary-Treasurer from 1985 through 1997 when he was again elected to serve as President.  Bob continued to serve on the Board of directors until serving his 4th term as President in 2005.  He continued to be an active member of MAPMS and was awarded Honorary Member status in 2011. He was a certified and licensed aquatic pesticide applicator in Indiana, Ohio, Michigan, and Kentucky.  He is a PADI Certified SCUBA Diver.

Bob was baptized on May 28, 1939 and confirmed May 24, 1953.  A lifelong member of the Lutheran church, Bob’s home congregation was Saint Peters Lutheran Church of Brownstown, Indiana. There he served as an elder, a school board member, and on various committees.

Want to join the discussion?
Feel free to contribute!